My First American Thanksgiving As an International Missionary Volunteer 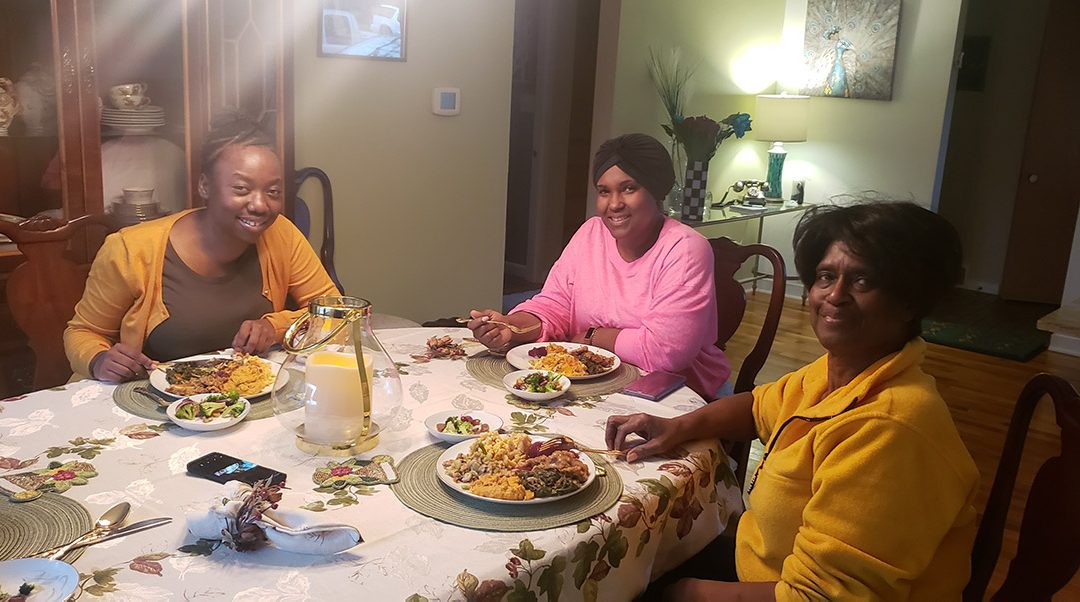 Wildwood Center for Health Evangelism is located in Georgia, close to the Tennessean border, but, being from Zimbabwe, it wasn’t going to be a sunny first Thanksgiving for me. I was invited by a sweet lady, my “adoptive mother” whom I call Mom, to come to snowy Michigan. “It will be fun”, she said. And fun and restful it was.

She and her husband and daughter live in a quaint city, called Midland. There are fireplaces in the streets, Santa’s house can be found there, and there’s the fanciest courthouse I’ve ever seen. I also saw a bridge that spans three rivers, called Tribridge.

I arrived just before midnight and was picked up by the husband of the family, my “adoptive father”, whom I call Dad, and the daughter, Kelli, who I have grown to see as my big sister. When we made it home Mom made us a smoothie and then I went to bed. It was refreshing not to have to wake up early for three mornings in a row, because we got a couple days off at Wildwood.

The next day was Thanksgiving. Mom had certainly prepared a feast. Dad asked me to make something traditional from my home country. I was happy to make my Zimbabwean birth mother proud by cooking up a traditional dish, called nhopi. My version was a bit different though, because we couldn’t find any pumpkin, so I had to replace that with butternut squash. Peanut butter got swapped out for cashew nut butter due to allergies, but it still was a hit. Besides that the table was full with turnip greens, vegan mac and cheese, lima been casserole broccoli and grape salad, gravy, cranberry sauce, and a vegetarian turkey with stuffing. It was the best plant-based meal I’ve ever had. Dessert was at a close friend’s house, which was just as delicious: date cake, pumpkin pie, and banana cream parfait.

Due to a forecasted storm, my “sister” had to head back early to Ohio while it was still safe to drive.

On Sabbath we were greeted by a dusting of snow, which was a pleasant sight for me. We spent the morning at a local church, which put up a lovely service. The sermon was about righteousness by faith, which is a topic I have been interested in ever since I came to Wildwood. Afterwards we visited Mom’s cousin for a bit, and then Dad took us to get some ice cream which we ate in front of a fireplace in the street, as he had promised. But the ice cream wasn’t the coldest thing out there. I could only be outside for five minutes at the most in 32-degree weather. But it was an experience to be had.

We drove to the airport early Sunday morning for me to fly home. It rained on our way there which soon turned into snow. The storm had caught up with us, and although pretty, it definitely wasn’t a welcome sight. What was supposed to be a five hour trip back to Chattanooga, Tennessee, turned into 20 hours of delays and rebooking. But it was sure worth it!