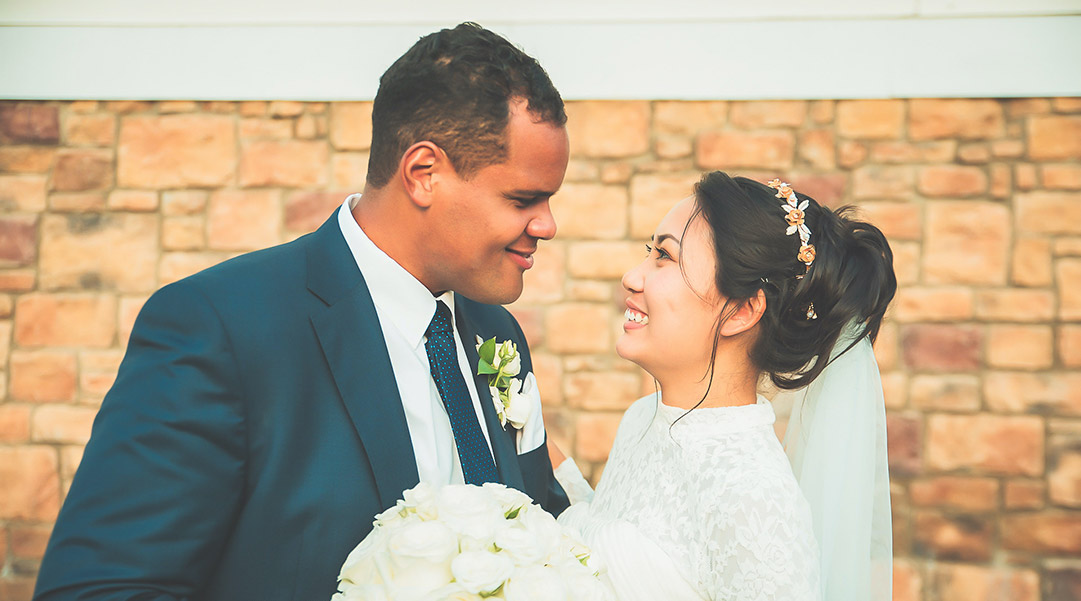 Wildwood is a lively place full of young and single souls that come through the Health Evangelism course every six months. The majority of them are determined to do what they came here to do: study to become a medical missionary. But then there are few to whom God says, “Look up! I’ve got something for you.” One of those chosen ones was me, Jonathan Suero, a former student and now the Media Productions director. This is my and Sheila’s love story.

“If you are looking for an overly detailed version of our love story, you are looking in the wrong place. This is not that kind of story. This is the male version. According to Sheila, she first noticed me at the Wildwood Seventh-day Adventist Church, but my earliest recollection of her was in the student cafeteria at Wildwood. I guess there’s something about food that helps me remember, but we can both agree that we met in December 2016.

“Sheila was a student at Wildwood, volunteered as a caregiver in Elderly Care as part of the course. At that time, I was assisting that department with transportation, especially since my mother was also working there. Sheila told me that I intimidated her because I seemed like one of those high school bullies. Regardless, she tried to strike up a conversation to make our interactions less awkward. Unfortunately, those moments were short-lived as my mom left Wildwood and the department got a small car for the caregivers to use, so my job was pretty much gone.

“Taking a step back, my mother and Sheila worked together at elderly care. Unbeknownst to me, she had noticed this new young student and detected a potential spouse for her son. She asked me if I had considered Sheila. I had not at that time and oddly enough, my aunt called me a week later and brought up the topic of relationships. She said: “Jonathan, you’re 26! When are you going to have a girlfriend?” I brushed her question off as I was focusing on work. I promised her that I would start praying about it.

“In August 2017, I invited her to go for a walk after breakfast and that’s when I told her that I had been praying for God’s leading in our blooming friendship. She then confessed that she had been praying about it too. We both agreed to continue to pray while she focused on her studies and I focused on work. We also decided to communicate less frequently so that we would not get in God’s way (which made the four months that were set aside for that seem like an eternity). It did give me the one-on-one time that I needed with God, and allowed me to have some really serious conversations with Him.

“On November 28, 2017, after some encouragement from uncle Ruben Olm at Wildwood, and after multiple attempts in trying to reach Sheila’s mother, I was able to ask her mother for permission to court Sheila. As you have imagined, she said yes.

“A year later on November 30, 2018, after countless of FaceTime calls and hundreds of questions answered that we wanted to ask each other to grow our relationship, I asked her to marry me in front of her family. Again, she said yes.

“As I look back, I can see how God blessed me with an amazing woman who has a passion and love for Him, His work, and of course, my family. I can truly say that God has given me both the most unexpected and undeserving gift I could have ever imagined, one that I can keep unwrapping to discover more and more of her beauty as time goes by.”